Ask for a quotation

What is a printed circuit board? 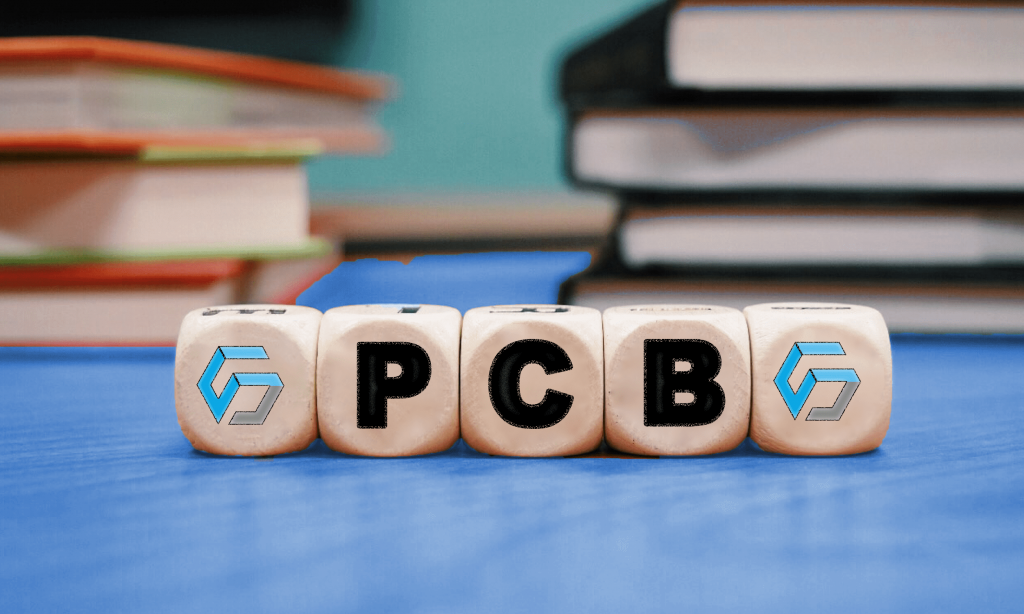 PCB printed circuit boards play a very important role in technology, they are in fact the hardware part of many automatic and computerized systems that also involve the most disparate sectors, from medical to aerospace to the military. It is therefore essential to know at least the ABC or rather the PCB, whether you work in the electronics sector, whether you are a student or a hobbyist.

What is a printed circuit board? | Let’s begin

All the abbreviations of PCB

First of all, starting our learning section, let’s start by giving you all the acronyms with which PCBs are usually indicated, so as to never be unprepared in front of the myriad of terms you will encounter during everyday supplies:

CS: it is used to quickly indicate the printed circuit, usually we find it as an abbreviation by e-mail or message.
PCB: as already explained in the definition, it is the international abbreviation and therefore the most known and also used in speech.
PWB: “Printed Wiring Board” which is the least known and used, emphasizes the subtle difference between the terms, in fact PCB emphasizes the circuits made on a base, while PWB refers more to the board itself.
PCBA: “Printed Circuit Board Assembly” which indicates a complete electronic circuit, ie consisting of a printed circuit in which the electronic components are already welded. As a final result you will have a final card ready for use also known as a postcard, a name certainly less common.
MCPCB: “Metal Core Printed Circuit Board“ which identifies a new type of printed circuit, designed to dissipate the considerable heat produced by the power LEDs. Characterized by a main core made of aluminum or copper, metals with good thermal conductivity.

What does a PCB consist of?

We will now show you the fundamental parts that, once designed and processed, form our PCBs, from the simplest to the most sophisticated.

In the figure, by way of example, you can see a very simple circuit in which two resistors are mounted in series, but starting from such a simple project we have elements that it is essential to know, including:

The different types of circuit

As already mentioned above, there are first of all rigid, flexible or rigid-flexible printed circuits: the differences consist of the compound and the thickness of the insulating material used to make the board.

Furthermore, depending on the number of layers that can lead, the printed circuits are divided into single-sided, double-sided and multi-layer, starting from 4 layers, 6 layers, up to even 30 or more layers, but adding 2 layers from time to time.

As a result, layer referred to previously, are called layers. The two layers on the outer sides of the PCB are called top and bottom layers.

For completeness, the inner layers that are not visible are called inner layers. In a rigid printed circuit the substrate, flat and of constant thickness, is characterized by the presence of solid insulation, composed of materials called base materials, which have fireproof characteristics.

The first type that we analyze is the printed circuit which is used to call also a single face (or single layer). A single-sided printed circuit is identified when the copper tracks are arranged on one side only of the insulating base.

So the previous figure is just an example of a single-sided circuit, as you can see in fact the copper tracks are placed on the lower face of the base that is called “Bottom”. In it the welds are made and for this reason, it is also called “Welding Side” or more often synthetically indicated “LS”.

The upper face of the base is instead called “Top” and since it contains the components it is also called “Component Side” or more quickly “LC”.

The second type we analyze is the printed circuit which is said to have a double-face (or dual-layer) when the copper tracks are placed on both sides of the insulating support:

As you can see in the figure:

The industrial ones are made by drilling the support where you want to make the connection and depositing copper.

When two faces are not enough you can add 1, 2 or even more layers of intermediate copper, invisible from the outside.

Then the printed circuit thus obtained is called multilayer.

Multilayer circuits allow the realization of very complex circuits, with the further advantage of being able to mount components very close together with many pins, such as integrated circuits, to the benefit of miniaturization.

The connections between the various layers are made through metalized holes, indicated in the figure at the end of the paragraph, sometimes even blind, inside which rivets are inserted that make the internal tracks reachable from the external surface. In the following, in fact, you will find miniaturization of the sectioned multilayer, in which to indicate the complexity is highlighted the metallization of the wall of the holes on the three types of drilling, blind hole (1), underground hole (2) and through-hole (3): 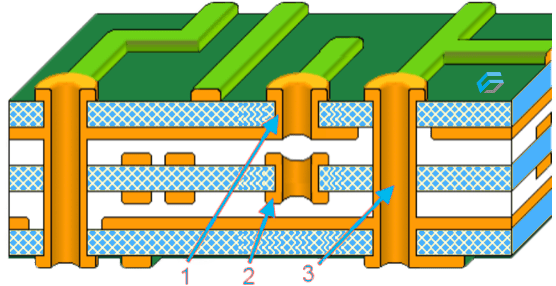 They are only industrially feasible and production costs usually require large series production. This is why we at Tekube are here to advise you, accompanying you from the feasibility study to industrialization up to delivery to your warehouse.

One printed at a time …

But let’s proceed one step at a time, even the most solid houses were built brick by brick.

In fact, now that we have laid the foundations and foundations on the basic notions of printed circuit boards, all that remains is to wish you initial electrifying learning. Initial … Precisely because from this article onwards one will be released a week to delve into the world of PCBs, and feed, in addition to our thirst for knowledge, the contents of our #PCBlog.

Moreover, we will deepen the phases of industrial realization, passing through the technical characteristics of the PCBs up to the assembly.

If you do not want to miss any informational pill, sign up for the newsletter with the form at the bottom of the page, follow our official LinkedIn page, or Twitter , so you will be part of our upcoming events to discover the many nuances of printed circuit boards.

And we will contact you to understand your needs and requirements! If you wish to receive your FREE QUOTE immediately, we will immediately proceed to provide you with our best offer to give value to the words of this article directly with the numbers.

P.S. Did we inspire you? Who else can interest this article on our blog? If you know someone we can use, send them the news immediately with the social sharing buttons.

For today I think it’s all …

We thank you for having arrived here, we are waiting for you and we read in the article next week.

Do you want a custom quotation?

Tekube, thanks to its experience in the electronic production sector and the consolidated network of production partners, is capable of satisfying a wide range of technological needs
Ask for a quotation